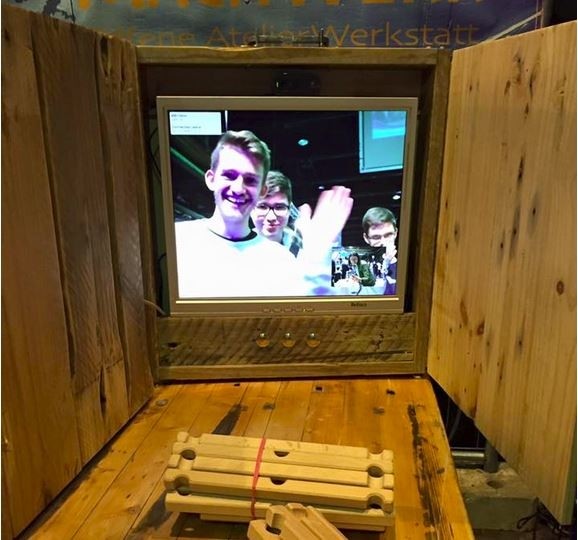 Everything was ready: the music, the mate, the barbecue and the beer. After eight years of trials, errors, events, workshops, excitement, and prototypes we were to the point we already decided to quit the project and to celebrate the *eWindow Failure Party* inviting all the crazy folks we met during these years.

Although we were very close to a fully working eWindow, too many issues were still preventing us to make available an easy to install/easy to use version of our software. And then... Zoff came. After having seen a recorded speech our beloved developer Jonathan gave to the Gulaschprogrammiernacht, last year Zoff contacted him to ask for a partnership. Zoff is a programmer from Vienna and he was developing a free software and decentralised audiovideo conference system based on Tox, the ToxBlinkenwall. They worked together for a while, then we went to Vienna and we fond we have many things in common. So, our two projects merged into the eWindow/ToxBlinkenwall program and things suddenly changed.
Thanks to this international cooperation, now the eWindow is real and works fine. We have recently been at the Sachsen Maker Faire and it was cool and fun!

At this point, there is a stable software and everybody can download the image at https://imagedev.toxblinkenwall.org/ and build an eWindow to join the Multifactory Network or just to connect two or more spaces you want to be connected.
All you need is a Raspberry PI 3, a Raspicam (original, non USB), a monitor, an SD card, an USB stick and an USB audio device (like a Plantronics Calisto 610, or a simple USB headset).

It’s easy and funny. To help protecting all the components, there is also a 3D printed desktop ‘phone style’ enclosure for the components you can download from ewindow.org (hardware).
We’re now looking for volunteers who are willing to install an eWindow in their Offene Werkstatt, connect to other open workshops and take care of the connection. 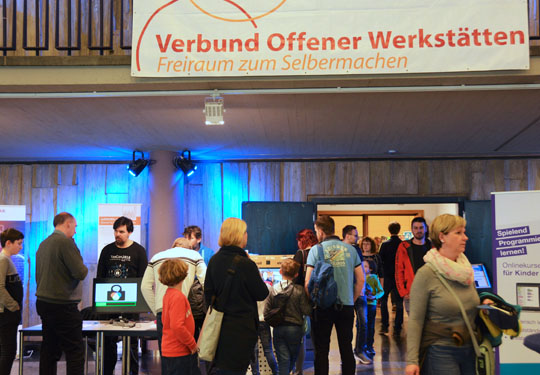 If you have the skills to build your own eWindow just do it and we will add you to our Multifactory eWindow network so you could be immediately connected with the offene werkstaetten: Rosenwerk in Dresden, FablabMuenchen and R84 in Mantova (ITA).
If you would like to join us but you need some help to build the frame, to assemble the electronic parts and to spread the eWindow concept in your community, contact us at lorenza@osunwes.eu and we will organise a workshop together. 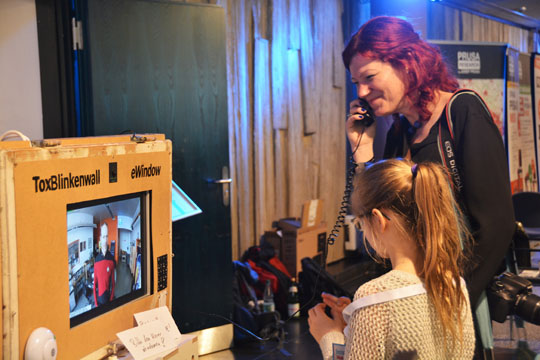